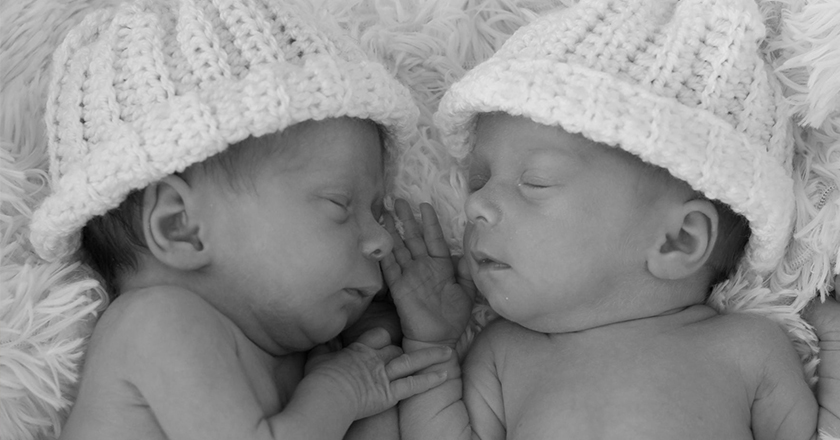 When Gemma turned 30, she had everything she wanted, a good career working as a Senior Lecturer in Psychology at a University and her own home. Yet, something was missing – a family of her own. Although she didn’t have a partner, she knew it was the right time for her to have a baby and began to do her research about how she might go about doing this on her own.

“It was a long decision-making process,” Gemma says. “I weighed everything up and considered all the pros and cons. I felt I was at a good age to have children. In an ideal world, there would have been a man on the scene and the perfect conventional family but so far, things hadn’t worked out that way and I didn’t want to wait just in case it did. I also have an amazing support network from both family and friends, and I felt confident that with that in place, I would be fine. I’ve always been independent, with my own home, living alone and so it all added up.”

Gemma continues: “I looked online and found that Simply Fertility [TFP’s Colchester clinic] was really close by and so I gave them a call. They were so friendly, and I was able to find out lots of information over the phone, information that I thought I would have needed a consultation for. There was an Open Day the following week and so I went along. I spoke with Andy and also had a one-to-one with Annette, one of the nurses and between them, I had lots of opportunities to ask questions and meet the team. They were all so friendly, it was such a nice atmosphere, and there was no need to explain why I was doing this on my own.

After the Open Day, I booked a consultation with Mr Gangooly and had all the fertility tests and went from there. During my consultation, Mr Gangooly explained that there was an option to donate half my harvested eggs. It just seemed like the right thing to do. I believe in Karma; someone was helping me with donor sperm, I should help someone else – so I donated half my eggs to my recipient before fertilisation.”

Gemma had decided to choose her sperm donor from the TFP Donor Bank. She says, “I [trusted] their judgement [regarding the donors] and have great faith in the nurses and so it felt like a trustworthy process.”

Rather than getting bogged down picking a donor, Gemma says she didn’t want to overthink her selection too much. Armed with a list of preferences covering hair, eyes, height, occupation, health, proven fertility and so on, one donor jumped out at her and she went with her instincts. She knew that the donor she chose would be the right choice for her future family.

Once that step had been taken, it was time to insert the embryos. “I wanted two transferred to give me the best possible chance. Mr Gangooly talked to me very seriously about the risks of twin pregnancies to mothers and how it’s likely the babies are born premature and the risks involved there too, but I was determined and decided to go ahead.”

Gemma remembers testing for this pregnancy early on. “You’re advised to wait for 12 days after the procedure, but I tested after about four and it came up positive straight away. Then you have to wait for the viability scan at about seven weeks. At week seven, the viability scan showed two babies and I was over the moon.”

"I am so grateful for Amelie and Madison, they’ve changed my world." Gemma

As daunting as giving birth to twins without a partner sounds, Gemma and her baby girls were surrounded by family when the time finally came to bring them into the world. “My mum was my birthing partner and she was there with me. Amelie was born first, with respiratory distress, and I remember feeling relieved that she was crying. Madison was born second, and she was crying too, which was such a massive relief.

“I went off to recovery after my spinal block and so mum went down to see the twins. It took about three hours for my spinal block to fade but I was so determined to see the girls that after about 90 minutes I stood up and tried to walk. The midwives looked after me so well and wheeled me down in a wheelchair to see my new daughters.

“It was quite a shock seeing them in incubators and they were in separate rooms too due to different medical needs. Still, they were good weights for their age, 4lbs 6 oz and 4lbs 7oz, so I was positive. They had a lot of issues to overcome in their first 12 days but after we got through all of that, I was able to take them home.

Since then, Gemma has adapted well to her new life as a mum of twins. Having a support network around her has meant that she is looking forward to life as a single parent, “I’m fortunate that I will be able to work from home part of the week. Mum is going to be my childcare too which she is really excited about…I am so grateful for Amelie and Madison, they’ve changed my world.”

I am so grateful for Amelie and Madison, they’ve changed my world.