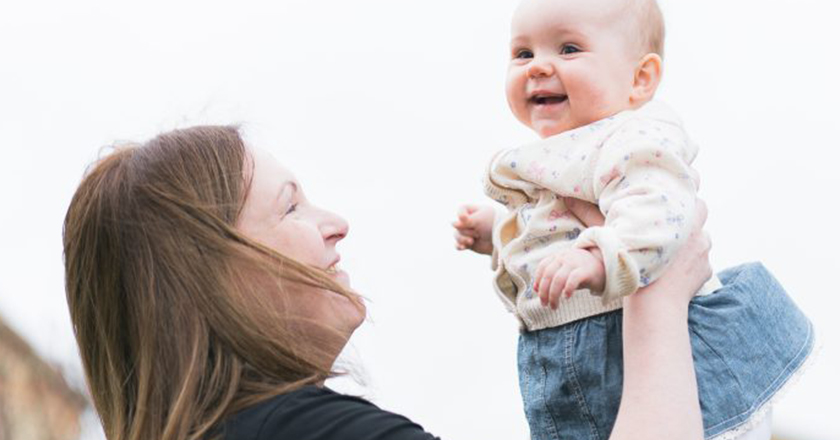 Cara, aged 41 from Portsmouth, chose to have IVF using donor sperm to become a mum. Since her treatment she has welcomed her beautiful baby Evie into the world, who has grown into a curious, fun-loving and very clever young girl, who is proud of who she is. This is their story.

Cara who was in a relationship but who hadn’t thought much about babies until a routine health check with her GP. “My doctor asked whether I planned to have any children,” explains Cara, “I said that I did want a baby but hadn’t found the right person. She recommended I see them [my local fertility clinic] for a fertility check.”

"I’m so thankful to my donor, he gave me Evie." Cara

On her GP’s recommendation, Cara attended The Fertility Partnership’s Southampton clinic for a Rapid Fertility Assessment. This is a two-hour appointment which assesses a person’s fertility. “I was really disappointed to learn that I had low [fertility] for my age, but Dr Chantal reassured me that I could still get pregnant, but that I should look into treatment within the next six months” states Cara.

Cara’s short-term relationship ended and a few months later, so she decided to look properly into conceiving with a donor. “It was daunting going through it alone, but I was fully prepared. I hadn’t been left or let down, it was my decision, and I was happy to be having treatment and potentially having a baby as a single lady.”

Cara started treatment in August 2013 after the process of picking her donor. This involved Cara, picking out the donor characteristics, such as hair colour and eye colour, that she wanted her child to have. She then attended a consenting and counselling appointment. After this Cara began her treatment, if you would like to find out more about the IVF process do check out our Beginners Guide to IVF.

"I couldn’t believe it when the test showed positive. I woke up all my friends to tell them." Cara

Cara worked nearby to the clinic so didn’t have far to travel for her scan appointments, which she felt reduced the stress of the treatment. However, the process wasn’t entirely stress-free. “I worried at each stage,” describes Cara. “I worried about the fertilisation check but was phoned and told that all five eggs had fertilised, I then worried over the weekend until I was phoned on Monday and told that I had two top-quality embryos and one good enough to freeze. This was excellent news for me, and I relaxed a little.”

Cara then embarked on the agonising two-week wait until her pregnancy test. “I remember getting up at 5am and taking the test. I didn’t feel at all pregnant so I couldn’t believe it when the test showed positive. I text all my friends and woke them up to tell them.”

"I think of him and am grateful to him when I look at her. I love every minute of being a mummy. I couldn’t wish for more." Cara

Cara chose to donate her remaining good quality embryo to research. This means that the donor sperm used by Cara not only went into creating little Evie but also to advance medical research. For Cara, this was an easy choice, “I knew that I just wanted one child, I just wanted to have the chance to be a mummy so I decided that I would donate my embryo to research. I really liked the thought that I could be helping others in the future to have a successful IVF treatment because of research carried out.”

Cara had a straightforward pregnancy and gave birth to baby Evie in June 2014, weighing 7lb 10oz. “Evie is perfect and completely adorable. I love the fact that she has big brown eyes which are the same colour as the donor’s; her father. It means I think of him and am grateful to him when I look at her. Every little smile I get from her makes every penny spent and all the effort worthwhile.”

Cara made the decision early on to be completely open with Evie and explain to her from an early age about her donor conception. “I joined the donor conception network and have a children’s book that explains everything to read to Evie when she is older. Because I’ve been so honest, I have been approached by lots of friends who are having problems conceiving or thinking about fertility treatment.”

I’m so thankful to my donor, he gave me Evie.